A key assumption in Mendelian randomisation is that the relationship between the genetic instruments and the outcome is fully mediated by the exposure, known as the exclusion restriction assumption. However, in epidemiological studies, the exposure is often a coarsened approximation to some latent continuous trait. For example, latent liability to schizophrenia can be thought of as underlying the binary diagnosis measure. Genetically-driven variation in the outcome can exist within categories of the exposure measurement, thus violating this assumption. We propose a framework to clarify this violation, deriving a simple expression for the resulting bias and showing that it may inflate or deflate effect estimates but will not reverse their sign. We then characterise a set of assumptions and a straight-forward method for estimating the effect of standard deviation increases in the latent exposure. Our method relies on a sensitivity parameter which can be interpreted as the genetic variance of the latent exposure. We show that this method can be applied in both the one-sample and two-sample settings. We conclude by demonstrating our method in an applied example and re-analysing two papers which are likely to suffer from this type of bias, allowing meaningful interpretation of their effect sizes. 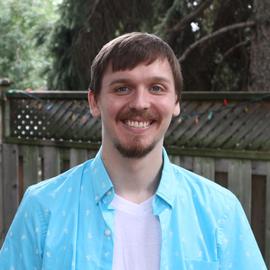 I am a Wellcome Trust PhD student at the MRC IEU. matter.